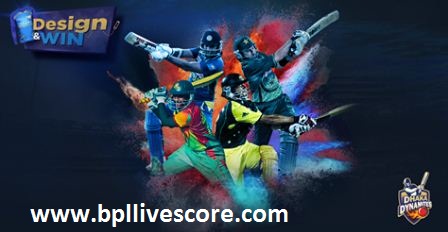 To do that the franchise has focused on recruiting overseas players with a view to forming a very strong team. Today we will discuss Dhaka Dynamites team squad including all the details of a player that have been told to the media so far.

The Dynamites have focused on selecting top-class foreign players. The number of foreign players that can be brought into the main eleven has been increased this year. From now on, a maximum of five foreign players can be included in the starting eleven of a team as the BPL governing body has allowed that. For that, the franchise has decided to form a team based on the strong overseas lineup. Dhaka Dynamites match schedule and points table found here. Get BPL T20 live score from www.bplscorelive.com.

According to the recent declaration, Zimbabwe captain Graeme Cremer will be featuring for the team along with Pakistani bowler Mohammad Aamir who is indeed in superb form. Besides this all-time great hard hitter all-rounder, Shahid Afridi will also be playing for the franchise. West Indies mystery bowler Sunil Narine will also feature for the dynamites along with his countrymen Evin Lewis and Rovman Powell. Last but not least, Sri Lankan emerging talent Niroshan Dickwella and Asela Gunaratne will also be playing for Dhaka Dynamites in the upcoming Bangabandhu BPL 2019.

World’s best all-rounder of present time Shakib Al Hasan will be leading the team and he is also the icon player for the Dynamites. The inclusion of champion players like Shakib is maybe the biggest plus point for the franchise.

If you are interested enough to learn more about the upcoming Bangladesh Premier League 2019 Dhaka Dynamites Team Squad and All Player List in Bangabandhu BPL 7 and different franchises keep your eyes here.