New Zealand cricket board announced their 15 man’s squad for the upcoming tri nation series against Bangladesh and host Ireland. The team includes most of the players are quite inexperienced. Regular players almost ten of them are unavailable in the team due to IPL. opener Tom Latham is set to become the Black Caps’ new one-day international captain for his country. 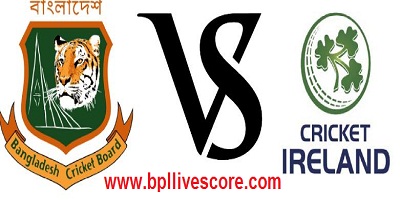 Regular skipper Kane Williamson who are unavailable due to Indian Premier League. The 15-player squad features three debutantes and four recalled players, with fast bowler Seth Rance, all rounder Scott Kuggeleijn and Test star Neil Wagner all in line to make his ODI debut. Hamish Bennett and George Worker return to international cricket to showcase his class, Colin Munro and Henry Nicholls have also been recalled.

According to the selector of NZC Gavin Larrson, the series will be a platform to examine the new players, how they can contribute to the team in absence of their seniors this will be tested, he added. He said, Tom latham has the experience of captaincy when he was a captain of under-19 team for the Black Caps. Bangladesh vs Ireland live streaming on GTV channel in Bangladesh.

The series is been considered as the opportunity to prepare for ICC Champions Trophy for Bangladesh and also New Zealand as well. Both teams will meet Ireland in four ODIs in Dublin from May 19. New Zealand will face Ireland on 14th of may at Dublin.