The Champions Trophy full fixture list is announced and we have two groups of four teams each. Every team in the group will play 1 match against the other three and top 2 from each group qualifying to the semifinals of ICC Champions Trophy 2017. 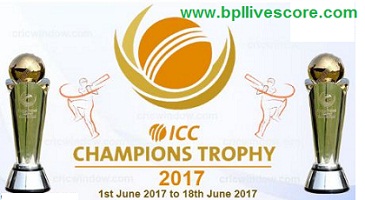