Kolkata Knight Riders vs Gujarat Lions Match Score IPL 2016.  IPL 2016 38th Match Prediction, Score and Match Result. Thrown off the top spot after three successive losses, Gujarat Lions face the challenging task of gathering themselves and bounce back when they square off against the consistent Kolkata Knight Riders in an Indian Premier League season-9 match at Eden Gardens, Kolkata on Sunday. 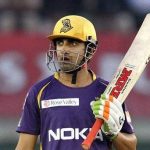 At sharp 8 pm battle between KKR vs GL will telecast by IPL official broadcasting tv channel Set Max. At the present stage Kolkata Knight Riders in the top of the IPL point table and new franchises team Gujarat Lions is grave the second position. Gujarat Lions come try to come back in the winning track in this game after some disastrous results. They have lost three games in a row. GL, are coming off a losing performance, as they lost their previous game of Sunrisers Hyderabad (SRH) by five wickets, and would look top brush it aside, as well as come up with a fresh and decent performance against the former champions, and continue with the manner of the winning start, they had earlier given in the tournament.Skipper Suresh Raina will need to ensure that both the batting and bowling click against a strong Kolkata side.

KKR, who are recently coming off a close win over Kings XI Punjab (KXIP) by seven runs, would be riding high on confidence, as they have had a decent season so far, winning almost most of the games, and managing to lose just three, as high aim to keep continuing their winning momentum forward. The KKR having some classy batsmen in its ranks as well, including kipper Robin Uthappa, captain GautamGambhir, superman Andre Russel and Indian new sensation Manish Pandey.