Dhaka Premier League player auction will be held on 10th April 2016. The organizer of DPL Cricket Committee of Dhaka Metropolis (CCDM) declared the final team formation date is on coming 10th April 2016. The Clubs will form their team on ”Player by choice” method. In last December, the clubs were voted for this method for choosing their players. 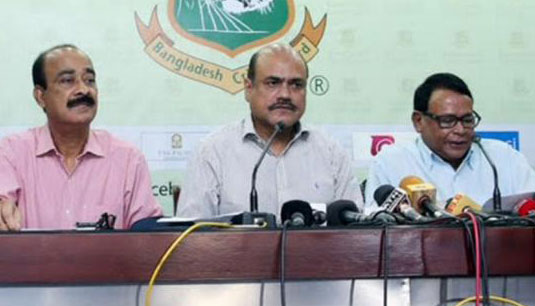 This ”player by choice” method is first introduced in last 2012-13 session which replaces the old conventional method. In this procedure, the players  cannot choose their own team as per their wish. The board will segregate the cricketers in different categories and fix their remuneration and then the clubs come forward and call the cricketers  as per their order of category. Last year, BPL followed this to form cricketers team.

After forming the teams, within next 10 days, the tournament will be started.  So, it is fixed that next 22nd April,  the most amazing national  tournament will  start.  There is the option that the clubs can intake as many foreign players as they wish but cannot  make play more than 1 foreign player per match. Dhaka Premier League icon player price list.

In the meeting of CCDM , they finalized the ICON players. Nasir is discarded from the previous list. In Asia cup and T 20 , Nasir was in Bangladesh team but only played one match per tournament. It is almost regular phenomena  for this off-spin all-rounder that  not to get opportunities to play. But still he is one of the best performers of Bangladesh Team.

In the last league, while playing on behalf of Abahoni,  among 16 matches Nasir made 1 century,4 half centuries and altogether 550 runs. He performed very well by giving  average 3.52  run per over and his best was 3 wickets by 15 runs. DPL player auction. DPL cricket auction in Bangladesh 2016.

In the meeting of CCDM , the players icon list is modified by new including of  Imrul Kayes and Sabbir Rahman Rumman. In the list, as like earlier , there are Mashrafe Mortaza, Musfiqur Rahman, Mahmudullah Riad, Shakib Al Hasan and Tamim Iqbal.  Among the young cricketers, Mustafiz is included in category A.