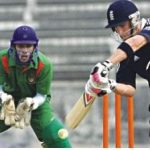 Meanwhile, Soumya Sarkar, who have not been in form at present will also take part in BCB XI vs England practice match. England team have already been arrived in Bangladesh to play the 3-match ODI and 2-match test series against the host Bangladesh. Before that they will play a practice match with BCB XI. More information related to BCB XI vs England match has been updated in the later part of the news. BCB XI vs England Preparation Match Result. Among the new inclusion, Ebadet Hossain got the limelight by participating in Pacer Hunt program. He was also included in the BCB High Performance Squad. BPL franchise Rajshahi Kings also bought him during the BPL draft.

Mohammad Manik, on the other hand, played just one first class match and two List A match. Beside this, he is also a familiar figure in national team net.

The match has been scheduled to take place on October 4, Tuesday. The match will be held at Fatullah Khan Shaheb Osman Ali Stadium. Beside Soumya Sarkar, Ebadet Hossain and Mohammad Manik, pacer Al Amin Hossain and promising young batsman Najmul Hossain Shanto are also included in the squad of BCB XI.

Bangladesh vs England first ODI will take place on October 7, which will be followed by another ODI match in the same venue (Mirpur) on October 9. The last ODI will be held in Chittagong on October 12. After that two teams will face each other on October 20 in the first Test and the second one is supposed to be started from November 1.  To get more news related to that, please stay connected with us.