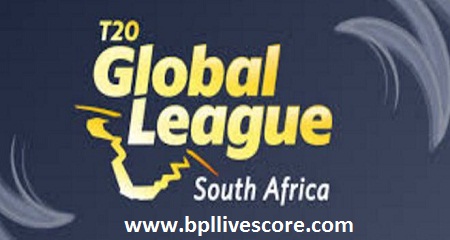 T20 Global League Players’ Draft was held on August 26, 2017 with a view to finalizing the squad for each team. All the franchises have finalized their team and 18 men squad of each team was also declared. Meanwhile, the auction and selection of players was also held on August 27 and it was the deadline of selecting the players as well. Get BPL T20 Live Score Today Match.

Durban Qalandars Player List : Hashim Amla, Eoin Morgan, Mohammad Hafiz and Fakhar Zaman will be the key players for Durban. Sam Billings, Chris Morris and Kelly Smuts will also join on the process among others.

Stellenbosch Monarchs Player List : Players like Faf du Plessis, Lasith Malinga, Alex Hales, Imad Wasim and Wayne Parnell will form the team with all the experience they have.

Nelson Mandela Bay Stars Player List : The franchise will enjoy the service of Kevin Pietersen, Imran Tahir, Junaid Khan and David Malan. The other players are also good and can be vital.

Get all the news of T20 Global League here in our site. Stay tuned, stay informed.