Nasir Hossain to be playing for Sylhet Sixers in BPL 2017 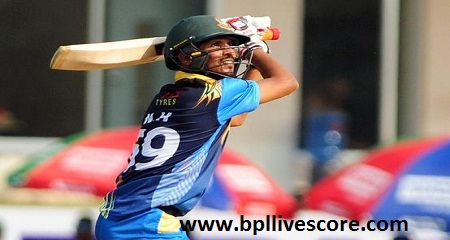 Nasir Hossain, is one of the leading all-rounders in Bangladesh. His talent is perfectly fit for limited over cricket. Keeping that in mind, the new franchise Sylhet Sixers has bought Nasir to their side to make the team stronger. Earlier, Sylhet Sixers appointed Sabbir Rahman, T-20 specialist player from Bangladesh, as their icon player. Now inclusion of Nasir Hossain in the team will surely add up the strength and as he will also contribute with his bowling as well. Bangladesh Match Schedule in U19 World Cup 2018.

The BPL Governing Council has enabled the chances for Sylhet Sixers to select 3 players from Players Draft cricketers. The team has included Nasir Hossain who had played for Dhaka Dynamites in last two seasons and was a vital player for the Dynamites who had clinched the BPL 4 title last year.

The team also took wicket keeper batsman Nurul Hasan and spinner Taijul Islam from the players draft. Earlier, Nurul Hasan Sohan was a player of Rajshahi Kings while Taijul played for Barisal Bulls. Nasir Hossain so far played 95 T20 matches in which he scored 1498 runs with a strike rate of 117.12 and average of 23.40. He also took 43 wickets with an economy of 7.31. His all-round ability will surely add up the strength of Sylhet.

Sabbir Rahman is the icon player ofSurma Sixers Sylhet. He will be helped by Kane Williamson, Andre Fletcher and Nurul Hasan in batting. The team also has a good bowling line up featuring Adam Zampa, Taijul Islam and Chris Jordan as the key bowlers.

Get all updates of Sylhet Sixers and BPL 2017 here in our site. Stay with us and get ready for another exciting season of BPL 2017.