The major T20 tournament of the country- Bangladesh Premier League is going to be started once again with full swing from the very first phase of November. Sylhet Sixers is the new addition of BPL as the franchise is going to take part in BPL for the very first time. Ahead of the tournament the franchise have formed a full squad as they did not have a single players and their main focus in terms of selecting the players was to clinch the BPL title and also to find out new talent especially from Sylhet. With a slogan of- “Lagle Bari…Boundary” the franchise have already included star cricketers of Bangladesh like Nasir Hossain and Sabbir Rahman. 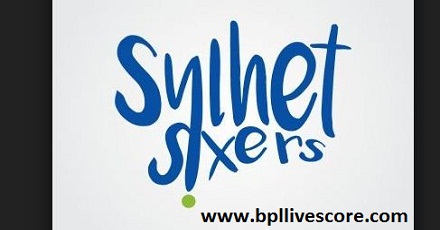 But one of the major focuses of the franchise is to find out the latent talent from Sylhet and present some fresh cricketer who might be able to serve the country for a long time. Talking with a news portal the CEO of Sylhet Sixers Yasir Obayed has said “You all know that Sylhet had produced plenty of talents who served in national level. However, in last few years there has been a clear deficiency of quality cricketers from Sylhet. We want to close down it by presenting emerging talents from Sylhet through BPL 2017.”  BPL Session 5 Points Table 2017.

He also said that inclusion of Sylhet Sixers as a BPL franchise will boost the enthusiasm among the cricket lovers of Sylhet and many more players will be coming up after getting inspiration from this. Asked about the team combination Mr. Yasir said, “We tried hard to keep a balance among the local and overseas players. We think we have formed a balanced and technically strong side and we are hopeful to get good result in BPL5.”

Get all the updates of BPL 2017 matches here in our site. Stay tuned with us and don’t miss the upcoming actions with bat and ball in the green arena.