Now You Can Get Masters Cricket Carnival Bangladesh MCCB All Team Squad and Team List. Starting from September 1, MCCB is a cricket tournament which will ensure the participation of ex cricketers and senior players of Bangladesh. 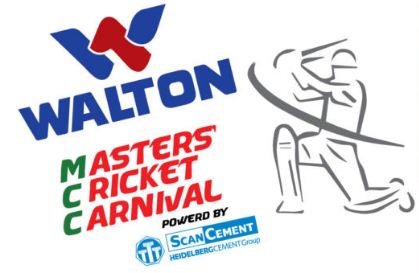 But there is of course a very honest reason to start this sort of tournament. The amount of money earned from this tournament will be given to the cricketers who are leading their life with acute financial problem. More updates related to MCCB matches have been given below.

What is Masters Cricket Carnival?

It is actually a tournament organized by Masters Cricket Carnival, an organization comprising retired and current cricket players. Walton will officially sponsor the tournament while Scan Cement will act as the co sponsor of the tournament. In total, six franchises will take part in this tournament.

MCCB tournament will commence on September 1, 2016. The carnival will raise its curtain in Sheikh Kamal International Stadium of Cox’s Bazar. The match formats are as follows

Cricketers have been selected by ‘Players by Choices’ and auto choice methods. Each team has ex cricketers, cricketers from A team, Premier league and National Championships as well. For example, Dhaka Division will be lead by Naimur Rahman, Dhaka Metropolitan by Khaled Mahmud where as Habibul Bashar and Khaled Masud will leading the side of Khulna and Rajshahi franchises. Six teams will fight hard to secure their places in MCCB Points Table to move forward to the semi finals and final.

All in all, Masters Cricket Carnival will give you a chance to see the retired and current players playing on same ground. So don’t forget to enjoy the matches of this tournament.