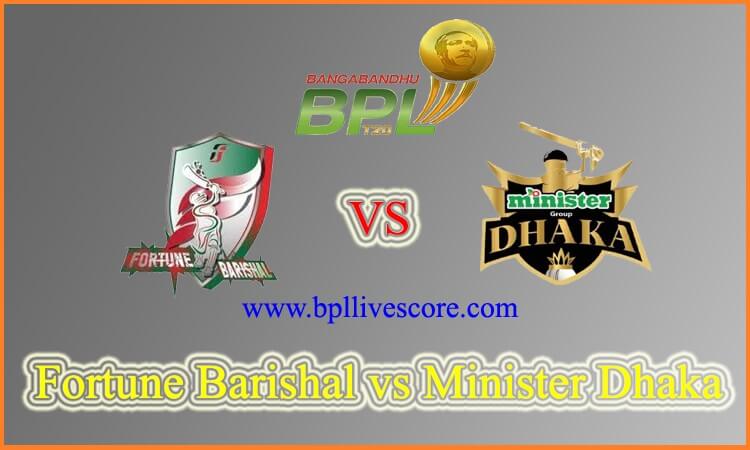 Today, we will let you know all the details of another Bangladesh Premier League 2022, which will be held between Dhaka and Barishal. Fortune Barishal vs Minister Dhaka Live Score Today 5th Match of BPL 2022. This will be another must-watch match of the upcoming BPL, and you get all the updates of the Fortune Barishal vs Minister Dhaka today match, including match preview, match result, and prediction here on our site.

Barishal vs Dhaka can be seen live on different tv channels. The match will be telecast live on T Sports and Gazi TV, two of the pioneer tv channels for the live telecast of cricket matches in Bangladesh. You can also look for youtube and Facebook live streams to get the live feed of the Barishal vs Minister Dhaka match, which will surely be a surprise to watch out for.

The squad of Dhaka: Dhaka is by far the most successful team when it comes to BPL. The team has formed a strong lineup this time as well as players like Mahmudllah, Mashrafe, and Tamim Iqbal have joined the team along with a few local performers. The team has Mohammad Shahzad, Najibullah Zadran, and Andre Russel, who have established T20 players among the foreign players.

The squad of Barishal: Barishal, on the other hand, has Shakib Al Hasan, without a doubt the best all-rounder and the best player in the history of the Bangladesh Premier League. Apart from him, the team has Chris Gayle, the universal boss. The team also has players like Mujeeb Ur Rahman, Alzarri Joseph, who are match-winners and can help the team enormously.

Barishal vs Dhaka BPL today match prediction, Who Will Win The Match Between Fortune vs Minister Group Dhaka?. We hope Fortune Barisal will win the match. BPL Dhaka team will take on Fortune Barisal in the 5th T20 match of BPL 2022 on Monday at Mirpur National Stadium.

The prediction of the Barishal vs Dhaka match will state that nobody is the clear-cut favorite here as it is indeed anybody’s game as both teams have a strong lineup to clinch the BPL title this year. So, the game is evenly balanced, and both the teams have their chances to win from here.