BPL T20 Live Telecast TV Channels List Worldwide. BPL T20 Season 8 Live on T-Sports and Maasranga Tv Channel in Bangladesh. The eighth edition of the country’s most exciting T20 tournament- Bangladesh Premier League is going to be started on January 14, 2022. Ahead of the tournament, all the procedures have already been started to arrange the event in the most peaceful and colorful manner. All the franchise have already selected their squad for the tournaments while the BPL governing committee is working hard to manage all other tasks including the television telecast right of the tournament. 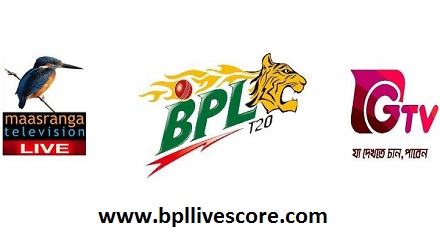 As BPL is one of the biggest T20 tournaments in the country, it can be said that the tournament will have worldwide attention among cricket lovers. For that BPL always gets worldwide television telecast coverage with all other services. Today we will let you know all the details of BPL 2022 live telecast Channels and live streaming services as well. BPL T20 Points Table 2022.

Besides these few other channels will also telecast the BPL matches live in different places of the country. Among the channels below mentioned are notable ones.

Sony Six and Sony Six HD: These channels of the Sony group will telecast the BPL matches in India and Bangladesh as well.

Willow TV: Willow TV will provide the same service in the USA.

MTV Sports: BPL 2022 matches can be seen via MTV Sports in Sri Lanka.

BPL T20 live streaming can be seen from the live streaming app- Rabbithole. This is the official live streaming partner of BPL T20 2022. Get all the updates of BPL 2022 here on our site. Stay connected with us and stay informed. Thanks for reading the article.