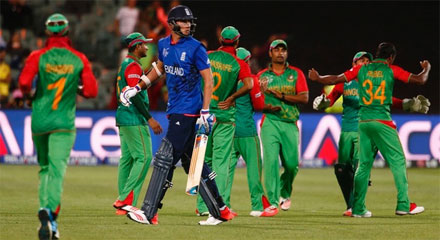 The last match of one-day series will be at Johur Ahmed Chowdhury Stadium in Chittagong. On 20th October, the first match will be also there. The next test will be started on 28th October in Mirpur. Before test series, the English will play two warm-up matchesÂ  in two days. Both of these matches will be M. A. Aziz Stadium.

Normally the teams who visit Bangladesh have the opportunity to play 1 one- day match and one three-days practice match. England is going to play 2 two- days matches instead of 1 three days match.

Bangladesh team also gets this opportunity to accommodate whenever they visit England. In 2005 and 2010,when Bangladesh Team visited England, they got the chance to play 3 three-days match before two matches test series.Â Â  And before one-day series, they played two warm-up matches.

England visited Bangladesh in 2010 last time.Â  Andrew Strauser wasÂ  in rest then and it was the time to inaugurate present Captain Alister Kuk as captain for the first time.