In Joe Burns and Chris Lynn they have two batsmen who are the future of Australian cricket while Ben Cutting can lend a decent all-round hand in the fag end of the innings. It’s their pace bowling stocks that the Heat need to look at closely, what with just Mark Steketee and Andrew Fekete leading their fast bowlers so far.

They also made changed to their support staff as they hired former New Zealand spinner Daniel Vettori as their head coach. Later they acquired former Kiwi quick Shane Bond as an assistant coach in what is supposed to be a part of their new trans-Tasman theme. Brisbane Heat wears an Aqua colored kit. It has a symbol of B with flames engulfing it signifying that despite the cool Aqua color, the team has the heat and power to perform at their best. 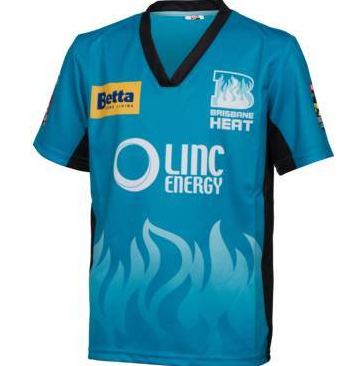