BPL T20 Schedule 2016 Of Bangladesh Premier League. Here we are provideÂ BPLÂ 4Â Schedule 2016. Fans you have to see BPL 2016 Match Schedule and Fixture.Â After completing all the procedures, Bangladesh Cricket Board (BCB) has finally published the BPL T20 ScheduleÂ 2016 which is at present most wanted fixture for the cricket fan of Bangladesh. According to the BPL T20 Fixture 2016 published recently, the tournament will start on November 4 and will be continued till December 9 (can be December 10 as there is a reserve day). Sher-E-Bangla national cricket stadium of Mirpur, Dhaka will witness the inaugural match which will be played between current champion Comilla Victorians and Rajshahi Kings.

There are two match slots and there will be 2 matches in each day during the league round. First match of a certain day will start from 2pm while second match of the same day will be started from 7pm. Matches will be held in Dhaka and Chittagong. Chittagong will witness 10 matches and eliminator, qualifiers and the final will be held at the home of cricket-Dhaka. 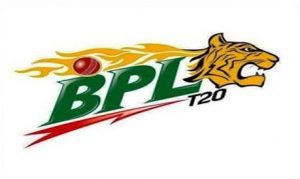 After starting the Dhaka phase on November 4, MirpurSher-E-Bangla national cricket stadium will witness 16 matches before moving to Chittagong. So in total 16 matches will be played from November 4 to November 13 in Dhaka. There will be no match in November 7 and November 10 as these days are kept for rest.

BPL 2016 will come back to Dhaka on November 25 and three will be group matches till December 4. In total 16 matches will be held in this phase. In this phase, no match will be played on November 28 and December 1.

Eliminator match will be held on December 6 between the third and fourth placed team in BPL 4 points table.

2nd Qualifier: Winner of eliminator vs loser of first qualifier will face each other in second qualifier on December 7.

Winner of 1st Qualifier vs Winner of 2nd Qualifier will meet in BPL 2016 final on December 9 evening. The match can also be arranged on December 10 as it has been kept as a reserve day.

Ashar Zaidi of Comilla Victorians was the man of the tournament.