How to watch Comilla Victorians vs Khulna Titans Match of BPL 5? 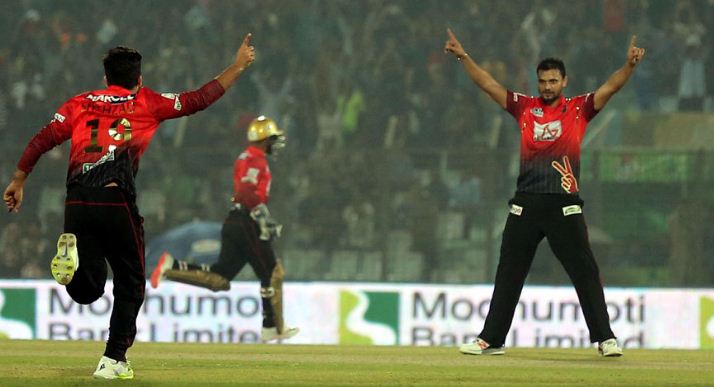 Comilla Victorians vs Khulna Titans match will be telecast live in Channel 9, the official telecast partner of Bangladesh Premier League. Sony Six is also telecast the matches of BPL live and Bangladeshi viewers will be able to watch from this channel. Live streaming of Victorians vs Titans match will be available in YouTube. A number of YouTube channels are providing live telecast of BPL 2016 matches right from the play ground.

Comilla Victorians did not do well so far in this tournament. The team has not managed seal a win so far as they have played two matches and lost all. However, the teams has great captaincy of Mashrafe and will definitely work hard to bounce back likewise they did in earlier season. Imrul Kayes, Ashar Zaidi, Imad Wasim, Jason Holder, Nazmul Hossain Shanto and Liton Das will help the captain to do so.

Khulna Titans has managed to grab two win out of three matches. Two of the wins came at the very last over as captain Mahmudullah did excellent job to restrict the team in last over. Apart from him, Kevon Cooper, Andre Fletcher, Junaid Khan and Alok Kapali are the players who might help Mahmudullah to continue the winning habit.

Comilla Victorians vs Khulna Titans match live score will be available in our site. We will also provide ball by ball update and full score card. So stays attached to our site and get your needed information.