Barisal Bulls vs Rajshahi Kings Match Live Scorecard on 1st December, 2016. Amid great excitement and competitive attitude, Barisall Bulls is preparing them to face Rajshahi Kings. Both franchises have played two matches so far in ongoing Bangladesh Premier League 2016 and will be looking forward to grab a win from the third match. Barisal Bulls vs Rajshahi Kings match has been scheduled to take place on 1st December. The match will be started from 2pm local time. The venue remains the same- Mirpur Shere Bangla National Cricket Stadium.

To know all the information regarding Barisal Bulls vs Rajshahi Kings match, please go through the writing. 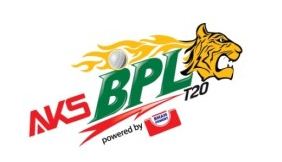 Both team have played two matches so far and won 1 of them. But in BPL 4 points table, Rajshahi Kings are in better position than the Bulls due to the run rate issue. Currently the Kings are in the third position of BPL points table while Barisal Bulls are standing at the fifth place.

Young Bangladeshi spinner Mehedi Hasan Miraz and English spin all rounder Samit Patel has been the key players for the Kings along with batsmen like Sabbir Rahman, Mominul Haque and Captain Darren Sammy. The team also has Farhad Reza, Abul Hasan and Umar Akmal who have played moderately well so far.

Barisal Bulls on the other side largely depends on Captain Mushfiqur Rahim, all rounder Thisara Perera and pacer Abu Hider Rony. Al Amin Hosssain, Shahriar Nafees and Taijul Islam and Shamshur Rahman are the other key players for the team.

Apparently, Barisal Bulls vs Rajshahi Kings match prediction will be in favor of the Kings as they have youngsters like Miraz and Sabbir who are performing brilliantly now a day.

To get all the updates of BPL 2016, visit our site and stay updated.