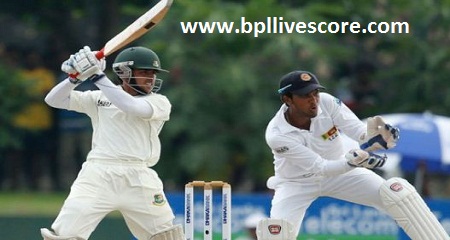 The match will be a 3-day practice match before the test and it will be highly important for the Bangladeshi boys to make them used to with the condition. A South African team will take part in the practice match in the name of- South Africa Invitation XI. The match of Bangladesh v South Africa Invitation XI will be started on September 21, 2017. As it is a three day match, the match is supposed to be ended on September 23. Both the team will have the chance to enjoy the extra facilities of a practice match as the main reason of arranging it to give all the players chance to get used to with the condition and understand the behavior of te wicket.

The squad of South Africa Invitation XI has been announced. In total 12 players have been included there. Aiden Markram has been appointed as the captain of the squad. In 2014, Markram was the captain of South African U-19 team. Other players in the squad are- Migael Pretorius‚ Yaseen Valli, Okuhle Cele‚ Matthew Christensen‚ Michael Cohen‚ Isaac Dikgale‚ Zubayr Hamsa‚ Shaun von Berg‚ Lwandiswa Zuma Heinrich Klaasen and Tladi Bokako.

Get all the updates of Bangladesh tour of South Africa here in our site. Check Bangladesh vs CSA XI Live Score 3 Days Practice Match Today. We will provide match news, schedule, live score, result and what not.