Dhaka Dynamites sign Shaheen Shah Afridi ahead of Bangladesh Premier League 2017. Dhaka Dynamites is at present the defending champion of Bangladesh Premier League. This year the franchise again comes out with a good squad to keep the trophy and as a part of that they have signed a Pakistani player whose name is Shaheen Shah Afridi. 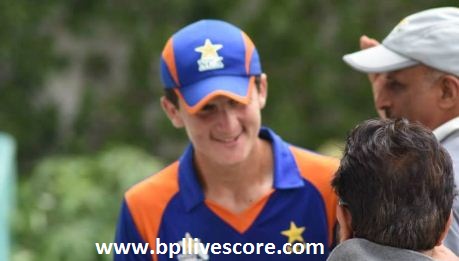 The name Afridi is very familiar in cricket world as over the last twenty years or so Pakistani all-rounder Shahid Afridi has been a common figure especially in limited over cricket. However, this player is not Shahid Afridi. His name his Shaheen Shah Afridi. Shaeen Shah is a fast bowler who have caught the attention in recent days. Details about Dhaka Dynamite’s recent signing have been added in the later part of the news. See also BPL 2017 DD vs KT Live Score Today Match.

Shaheen Shah Afridi is a young Pakistani fast bowler who is in fact a new face in Pakistan cricket. Shaheen Shah is only 17 years old and his major team so far is limited to Pakistan U-19 only. However, in this short span of his career Shaheen has manaded to make an impression and as a result of that Dhaka Dynamites have signed him for a two years contact. Shaheen has played T-20 cricket for Pakistan U-19 and his bowling style is often compared to the one of Australian lethal fast bowler Mitchell Starc. It was said in several media that Shaheen Shah Afridi has the ability to bowl in 90-mile speed. Earlier, in last year he played the U-19 Asia cup in Bangladesh where he picked two wickets. Apart from BPL, he is going to play in Pakistan Super League or PSL as well.

Dhaka Dynamites is the current champion of BPL and with no doubt the most successful team in tournament’s history. This year the team will start on top with the presence of Shakib Al Hasan as the captain. Shahid Afridi, Sunil Narine, Evin Lewis, Asela Gunaratne, Mohammad Amir, Graeme Cremer and few other talented cricketers are supposed to take part in BPL 2017 for Dhaka Dynamites making the team one of the most eligible candidates for BPL 5 title.

To get more news related to Dhaka Dynamites and BPL 2017, please stay connected with us.