Bangladesh Premier League also known as BPL is going to be started from the last week of November this year. All together six teams are going to be participated in the tournament. BPL 2015 will be third arrangements of the popular T20 tournament of Bangladesh.

Cricket related organizations including Bangladesh Cricket Board (BCB) and BPL governing council were very much busy to finalize the BPL T20 2015 franchise list. After several incidents, the franchises name has been announced. To get more news related to that or BPL T20 2015 please go through the writings. 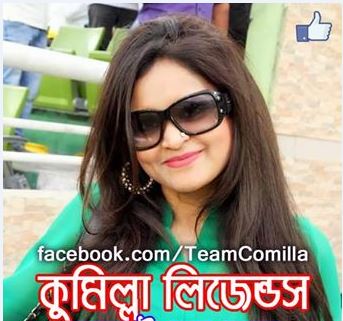 BPL T20 2015, Six Team to Join : So far, it has been confirmed that at least six teams are going to participate in BPL T20 2015.  Earlier five franchises had paid their due money on time. But BCP gave an opportunity for old teams. Barishal Burners who played the first two BPL took the opportunity and paid the guarantee money worth taka 5 crore.

Barishal Burners is actually owned by Alif Group. But other sources said that, Alif group will get Sylhet Royals this year. We have to wait to be 100% sure.  At first, BCB were looking for seven franchises. But after all incidents happened in the middle, we are mostly confirmed that BPL T20 2015 will be held with the participation of six teams. Komilla Legends player, team squad and owner information.

Franchise list of BPL T20 2015 is therefore given below

Among these I Sports will lead Rangpur Riders which is remained unchanged. Royal Sporting Limited will be  named as Comilla Legends. Beximco group will get Dhaka Gladiators where as DBL group will get the ownership of Chittagong Kings. Among the rest two teams Alif Group and Exiom Technologies will get the ownership of Sylhet Royals (which can be named as Sylhet Super Star) and Barishal Burners even though it is not absolutely confirmed which teams will get which franchises. These teams will select the final squad following the terms and conditions of BPL 2015.

BPL 2015 fixtures has not been finalized so far. But it has been announced that the tournament will be started from the last week of November and will be continued to almost next one month.  We hope we will get it soon to prepare our schedule with a view to enjoy the BPL T20 2015 with an extreme passion and excitement.