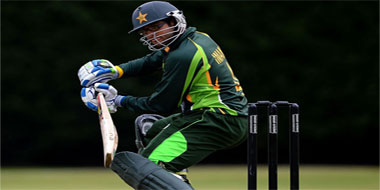 Pakistan U19 vs Sri Lanka U19 Preview. 24th Match in the ICC U19 World Cup 2016 means the thrilling match happening with Pak vs SL U19. The match falls in the group B. The heavy duty match of Pakistan U19 vs Srilanka U19 will be seen tomorrow on Feb 3, 2016 at the local time 09:00 which is 03:00 GMT. Venue for the Pak U19 vs SL U19 match is Sher-e-Bangla National Cricket Stadium, Mirpur, Dhaka. Pak vs SL U19 live score update will be available on this website during the match continues.

Pakistan U19 vs Sri Lanka U19 Team Squad Preview. Pak U19 vs SL U19 is fully set to make the battle of win with their countries’ young super stars. The squads for both teams are given below:

Pakistan U19 vs Sri Lanka U19, 24th Match Preview. Pak U19 vs SL U19 match is the last match before the deadly knock out match SOUTH AFRICA UNDER-19S V IRELAND UNDER-19S at
Sheikh Kamal International Cricket Stadium, Cox’s Bazar on 4th of the February. This is also one of the most crucial competitive matches because both team lying in the same group. This is the match between Pak U19 vs SL U19 in which both team will get a chance to be best in the group B.

Because both teams have same point: point 4 from two matches. But Sri Lanka is the first or best group B team having the highest Net Run Rate which is +2.290 whereas Pakistan U19 secured a Net Run Rate of +1.232. So, according to the ICC Under 19 World Cup 2016 point table, Sri Lanka is going forward with hope for winning the match logically.