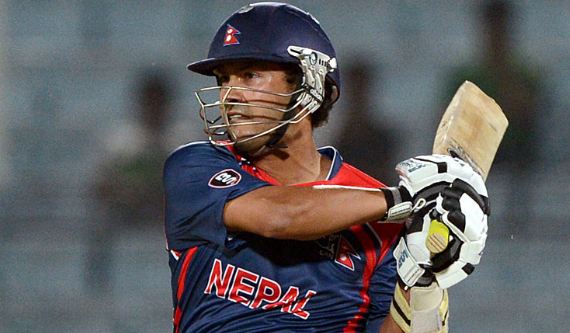 Pakistan U19 Player List. Pakistan U19 is a very promising side and they are well in the battle of winning the trophy of Under 19 World Cup 2016. The team will be participating in ICC U19 World Cup under the captaincy of Pakistani young star Gohar Hafeez. Pakistan U19 World 2016 Cup squad also has few good players like Zeeshan Malik, Hasan Mohsin, Saif Badar, Hasaan Khan, Sami Gul, Mohammed Ahmed and Shadab. Mohammad Masrror has been appointed as the coach of Pakistan U19 World cup 2016 team squad.

Nepal U19 team had once again successfully qualified for ICC U19 World Cup 2016 which is by far 7th participation of the nation in ICC under 19 World Cup. Nepal ICC U19 World Cup team squad is consist of few young stars like Sunil Dhamala, LalitRajbansi, Arif Sheikh and DipendraAiree. These players are promising enough to bring some good results for the nation.

Nepal U19 vs Pakistan U19 Practice Match Prediction

Pakistan U19 is undoubtedly the favorite of the match of Nepal U19 vs Pakistan U19. They had a squad full of promising young stars like Gohar Hafeez, Sami Gul and Zeeshan Malik who will definitely look forward to start their ICC U19 World Cup 2016 campaign by ensuring the win over Nepal. Nepal U19, on the other has regular performer in U19 level like Lalit Rajbansiand Sunil Dhamala but their real character will be shown in the match of Pakistan U19 vs Nepal U19 warm up match. So Nep U19 vs Pak U19 match will be a real test for Nepali boys.

Score updates and match preview and prediction of ICC U19 World Cup 2016 will be found in our site. So keep your eyes on our site and do not forget to support the young U19 tigers of Bangladesh.