A successful name for continuous good performances and amazing leadership in national cricket is Mahmud Ullah. That is also reflected in DPL’ s players draft. By lottery,  Sheik Jamal Dhanmondi Club has got the first chance to choose players and they did not miss the chance to include Mahmud Ullah for their team. 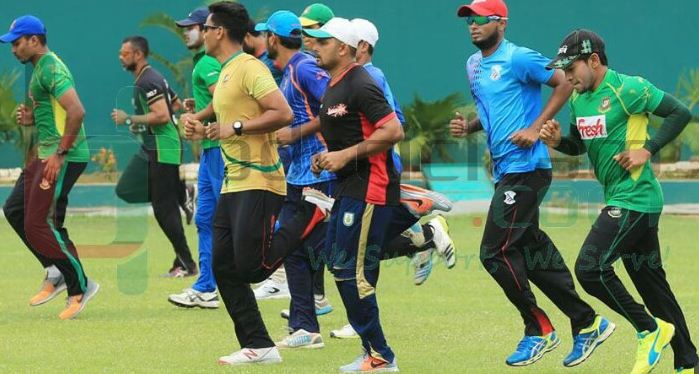 It is surprising that interest was very low for very inspiring captain Mashrafe . Among 12 clubs, Kalabagan was in 11th position and they  have picked  Mashrafe. In a prestigious hotel, the players draft ceremony was held and on the same occasion, Icon and A grade players are chosen by the clubs  by   following a lottery .

In the lottery, current Champion Prime Bank Club was in number 2. Last season, this team won the cup by the captainship of Mahmud Ullah.But this time, Sheik Jamal has taken him firstly ,so Prime Bank club has to find their alternative. They have taken a promising player in T20, Shabbir Rahman.

Current Runners up Prime Dholesshor was in number 3 to call the players. They did not take any icon player. Instead of that, they take included A grade player all rounder Nasir Hossain who was ignored in T20.

On the list, Abahoni was on number 4 and they have taken Tamim Iqbal. In 2008-09 season, he, one of the best openers of Bangladesh National Team  was played for Abahoni. All time rival of Abahoni, Mohamedan Sporting Club has taken Test captain Musfiqur Rahman.

The former champion Victoria sporting club has not also  selected any icon player. They had the opportunity as holding the sixth position of the list and they  have picked up stylish batsman Muminul Haque.

Legends of Rupgonj has liked opener Soummo Sarkar, who was the  key contributor for last year victory of Prime Bank club. Gazi Group cricketers , who are moved from First Division to Premier league  has selected batsman Enamul Haque, who is striving to take a position in the national team.

But, up to this, no club has picked the national team captain Mashrafee and then the 11th position holder Kalabagan Kriya Chakra has chosen him. Brothers union was the last of the list for the lottery and they have selected icon player opener, Imrul Kayes. Kalabagan  did not include any player from cricket academy and  cricket school icon and A grade.

13 players from those two grades did not still then has been selected by any clubs. Among them, Shakib and Mustafiz  are busy with IPL. So, it is expected for them not to include in any team. In addition, Mohammad Mithun was not  picked by any club for the first time inclusion.

Second time all three have been picked up . This time, Abahoni was fortunate enough to like the players firstly and they has chosen Shakib and Mithun is liked by Legends of Rupgonj and Mustafiz has gone to Mohamedan. Let see Dhaka Abahani Club vs Kalabagan Krira Chakra Live Score DPL 1st Match 2016.