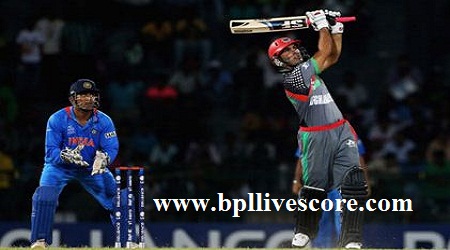 Indian Stars, the hot favorite of ongoing Asian Premier League 2017, will face the Afghanistan Bulls in their second match of the campaign. The match will be a highly hyped as from the very first edition of the tournament, APL has managed to telecast the matches live all across the world. The tournament is indeed a Nepal based T20 Championship with the participation of Asian franchises which is six to be specific. Details of Indian Stars v Afghanistan Bulls have been updated in the later part of the news considering the demand of cricket fans.

Indian Stars vs Afghanistan Bulls has been scheduled to be started from 10:30 am local time on June 22, 2017. The match will be started from 11 am in Bangladesh Stadium and from 4:45 GMT. The match has been placed to be held at the Tribhuvan International Stadium of Kathmundu, Nepal the host of the ongoing APL 2017.

Indian Stars are now on top of the APL Points table with one win in one match. Afghanistan Bulls are staying at the fifth place with lose in the lone match they have played so far. So it can be said that India is the undoubtedly favorite in this match. Team India Stars have promising players including Swapnil Patil, Rajat Sharma, Gurmeet Singh, Sachin Kumar and Amandeep Singh who can be match winner on their day. Afghanistan on the other side will have to fight hard to grab a win from here from the Indian side and it is of course not impossible especially in the shorter format of the game.

To get all the updates of APL 2017 and related topics please visit us and remain updated. Let see Indian Stars vs Afghanistan Bulls Live Score APL T20 2017.