Celebrity Cricket League (CCL6) T20 will be starting on 23 January, 2016. This will be the six season of this heavily exciting tournament. Get CCL6 Schedule 2016. The first, second, third, fourth and five season champion was Chennai Rhinos two times, Karnataka Bulldozers tow times and the defending champion is Telugu Warriors. 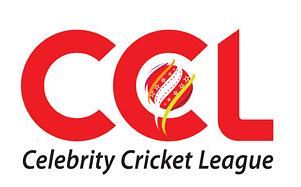 Celebrity Cricket League (CCL) was started first in 2011. The tournament was inspired by the Indian Premier League (IPL). In the first tournament, 4 teams was participated of Indian Film Industry. They were:Chennai Rhinos, Telugu Warriors, Mumbai Heroes and Karnataka Bulldozers. The second season was even more exciting by the addition of another two teams, the Kerala Strikers and the Bengal Tigers were added to the CCL.

They are representing 9 teams and most likely will be the captains of those teams. Meanwhile, the players are selected and their teams are selected by team owner So, the Icon Cricketers for the CCL 2016 are:

The fixture of CCL6 Schedule 2016 is available now. You are getting the full fixture with teams, captains and venues right here in www.bpllivescore.com.

Colors TV, Rishtey, Asianet, Star Vijay and Big Magic from India will telecast all the matches of CCL6 T20 2016. This time, even a single delivery will not be missed due to advertisements. Celebrity Cricket League (CCL) authority has already warned the Colors TV team about this matter.

Besides Maa, Zee Tamil, Zee Marathi and Suvarna Television will telecast this tournament.

More news of CCL T20 2016 will be updated on this post later. So, stay tuned on www.bpllivescore.com.