Bangladesh vs Pakistan Match Preview and Prediction Asia Cup T20 2016. The 8th match of the Asia Cup series 2016 will be a very exciting competition between Bangladesh and Pakistan. This match will be held on 2 March 2016 at Shere Bangla National Stadium, Mirpur. Asia Cup T20 hosted by Bangladesh in this year. This tournament is shifting from ODI Format to T20 format for the first time for better performance of upcoming T20 world Cup 2016.

Pakistan can win. Pakistan is an unpredictable team. As a competitive between two team and previous records it can be predict that Pakistan will win this match. But as a host team Bangladesh is very strong with their new talented cricketer. 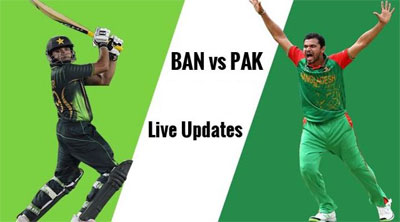 Asia Cup T20 Match Preview between Bangladesh and Pakistan, Host team Bangladesh has a new talent cricketer. Bangladesh team has world number one all-rounder Sakib Al Hasan. He will play a vital role with his spin blowing and bating. Sabbir Rahman has a great form of T20 format. On the other hand Pakistan had a finest all-rounder Captain Shahid Afridi, Wahab Riaz and Mohammad Amir will play a vital role for Pakistan team. So a nice match will be happen at 2 March.