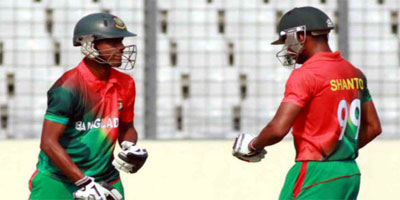 Bangladesh Under 19 vs South Africa Under 19 Match Preview

Ban U19 vs SA U19 match has been scheduled to be held on 27 January, 2016. The match is supposed to be started from 9 am local time or 3:00 GMT. The match of Bangladesh U19 vs Africa U19 will take place in Zohur Ahmed Stadium, Chittagong. ICC under 19 World Cup 2016 match tickets price has already been announced. Ticket will be found from 27 January.

Gazi television, being one of the leading private television channels in Bangladesh has been given the right to provide Bangladesh U19 vs South Africa U19 live telecast facility to the viewers of Bangladesh. As it is an event monitored by ICC hence, U19 World Cup 2016 matches will be telecast world-wide. Star Sports may also telecast the Ban U19 vs SA U19 match live. Other TV channels like PTV, Super Sport and Willow TV will also provide ICC U19 2016 matches live streaming.

Bangladesh U19 vs Africa U19 Match Prediction

Bangladesh U19 Key Players: Bangladesh U19 team is a very strong side at present as the team as combination of exciting youth and some experienced players. Among the players of Bangladesh U19 team squad, Captain Mehedi Miraz, Jayraj Sheikh, Pinak Ghosh, Saeef Hasan, Saeed Sarkar and Sanjit Saha wll be key players for Bangladesh.

South Africa U19 Team Players to Watch: SA U19 team has also a balanced team captained by Tony De Zorzy. The team has few promising players like Dean Foxcroft, Willie Ludick, Liam Smith, Corner Mckerr and Ziyad Abrahams who can prove handy against Bangladesh Under19.

Bangladesh vs Africa U19 Live Score

Ban U19 vs SA U19 match live score will be available in our site. In addition to that all updates of Bangladesh U19 Match will also be found in this platform.