Most of the players whom were played for National team with some ascending players to get chance in the squad and this is ensured by Minhazul Abedin Nannu. Under 23 team of  Bangladesh, India, Pakistan, Srilanka along with the associate members of ACC Afghanistan, and Nepal to participate in this tournament. Each team can include four among the players who were played for their national team earlier. Who will be the four of the players that is also to select by the BCB.

According to the information of chief selector of BCB, Nasir, Al Amin, Anamul Haque Bijoy and Shuvagata Home is confirmed to play. Among the under 23 tram, Wicket keeping Batsman Nurul Hasan, Saifuddin, Najmul Hasan Shanto and Saif Hasan are ahead of chance. If pacer Abu Jahed Rahi will not get the chance in shorter version against Sri Lanka, then he will get the chance to dominant in emerging cup for Bangladesh. 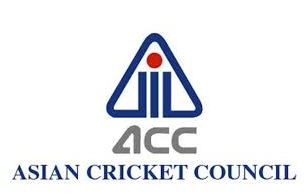