How To Purchase Asia Cup T20 Ticket 2016 by Online 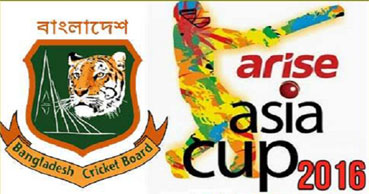 The branches are in Uttara, Basundhara, Bijoynogor, Mirpur Road and Mirpur for the matches which will be arranged in Sher e Bangla National Cricket Stadium Dhaka. The branches for Fatullah Stadium matches are Tanbazar, Paglabazar and Chashara of Narayngonj.

UCash is the mobile transaction system of United Commercial Bank. You can purchase the Asia Cup tickets by UCash also. For this you need to pay the ticket fee via mobile transaction and after that the match ticket can be collected from nearby booth or branches approved by the bank.

There are several categories in Asia Cup T20 Ticket Price. These are as follows

In addition to that, Asia Cup Ticket from UCash and United Commercial Bank is also available as stated in the beginning part of the writing.

According to Asia Cup T20 match fixture, the time duration is from 24 February to March 6, 2016. All together 5 teams will be participating in this tournament. These teams are Bangladesh, Sri Lanka, India, Pakistan and the winner of 2016 Asia Cup Qualifier. The best teams in Asia Cup T20 2016 will be headed in the next round. Asia Cup 2016 Live telecast will be available in different channels including Channel 9, Star Sports, Fox Sports, and Sky TV and so on. After the Asia Cup 2016 there will be ICC T20 World Cup in India.