So stay tuned with us for all sort of action which is supposed to be started in Chittagong Vikings vs Dhaka Dynamites Match. 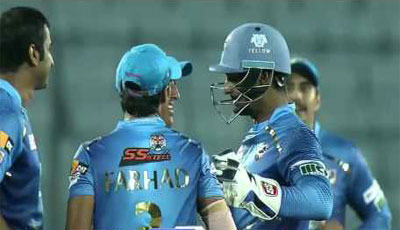 In BPL 2017 Point Table, Chittagong Vikings is in number 4 position with 1 win out of 3. In their first match, they were defeated by 2 wickets against Rangpur Riders in the last bowl. The team won the second match by 1 run against Sylhet Super Stars. But CV lost the last match by 7 wickets against Comilla Victorians.

Hard heater Vikings opener Soumya Sarkar is in super form with most run in BPL 5 so far (153 run). Besides Soumya, players like TM Dilshan, Mohammad Amir, Saeed Ajmal and Jeevan Mendis can contribute a lot to secure the 3rd win in BPL 2017.

All in all, Dhaka Dynamites vs Chittagong Vikings match prediction will not explicitly favor any team as both teams have equal chance to win. Both teams are very much similar in terms of strength so the matter which will matter at last will be technical approaches and effort to win the match.

DD vs CHV BPL T20 match live score update will be available in our site. Viewers are therefore, requested to visit the following link to get all updates regarding Dhaka Dynamites vs Chittagong Vikings match.