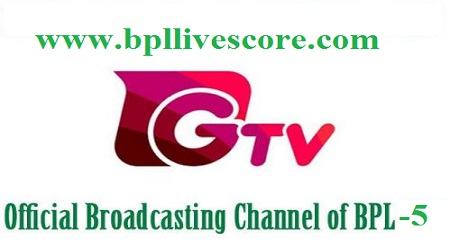 According to that announcement Gazi TV and Maasranga Television, two private TV channels of Bangladesh have been given the right to become the official telecast partner of BPL 2017 which will be started from November this year. To know more related to this topic, please go through the complete article below.

The BPL governing body has fixed Maasranga Television and Gazi TV as the official telecast partner of BPL 2017. The final announcement came in the last part of May in an official press meeting held at the Mirpur Sher-e-Bangla National cricket stadium. Earlier, Channel 9 was the telecast partner of BPL and they did that in the first four editions of the prestigious tournament. Later on Impress bought the telecast right form three years and handed the responsibility to GTV and Maasranga. Watch Live BPL T20 On Gazi Tv Channel Live Telecast Streaming Tv Channel Information.

Virgo Limited, the earlier company that had the right of live telecast of BPL was actually supposed to have the deal for six years. But they could not able to complete the payment on time and Bangladesh Cricket Board eventually took action to cancel the deal. Thus, Gazi TV and Maasranga, two private tv channels of Bangladesh get the telecast right of BPL 5. Watch BPL 5 Live Streaming on www.bpllivestreaming.com.

Check BPL 2017 Live Telecast Streaming Tv Channel List. Please keep visiting us as we will be uploading many related articles of BPL and you will be know all the details before starting to watch a new edition.