Bangladesh will face Zimbabwe in the very beginning of the New Year 2016 with a view to playing 4Â T20 matches. Bangladesh vs Zimbabwe T20 Series will be an opportunity to adjust with T20 mode of cricket in International level.

Last day, Bangladeshi opener Tamim Iqbal had expressed his eagerness to play T20 matches and bring good results. In our article we will provide you information Bangladesh vs Zimbabwe T20 Series which have been disclosed so far. 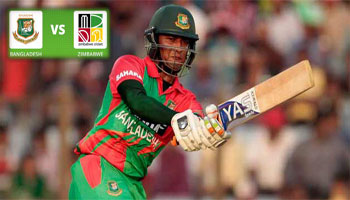 Bangladesh vs Zimbabwe T20 Series Fixture has not been declared so far. But as per as the news of sources, the Zimbabwe series or Tri nation series will be arranged between January 14 to 23. Whatever happens about the series the probable time will be this that is almost sure.

How Many T20 Bangladesh Will Play Against Zimbabwe?

Bangladesh to Play lots of T20 Next Year

Bangladesh will start the next year with Zimbabwe series or Tri nation tournament where only T20 matches will be played. After that the team has to face T20 Asia Cup and T20 World Cup. In the meantime after completing the next series few players of Bangladesh will be playing in PCL T20 tournament in Pakistan.

All in all, Bangladesh will be busy playing a number of T20 matches in next year. We hope the team will do well and bring pride for us.